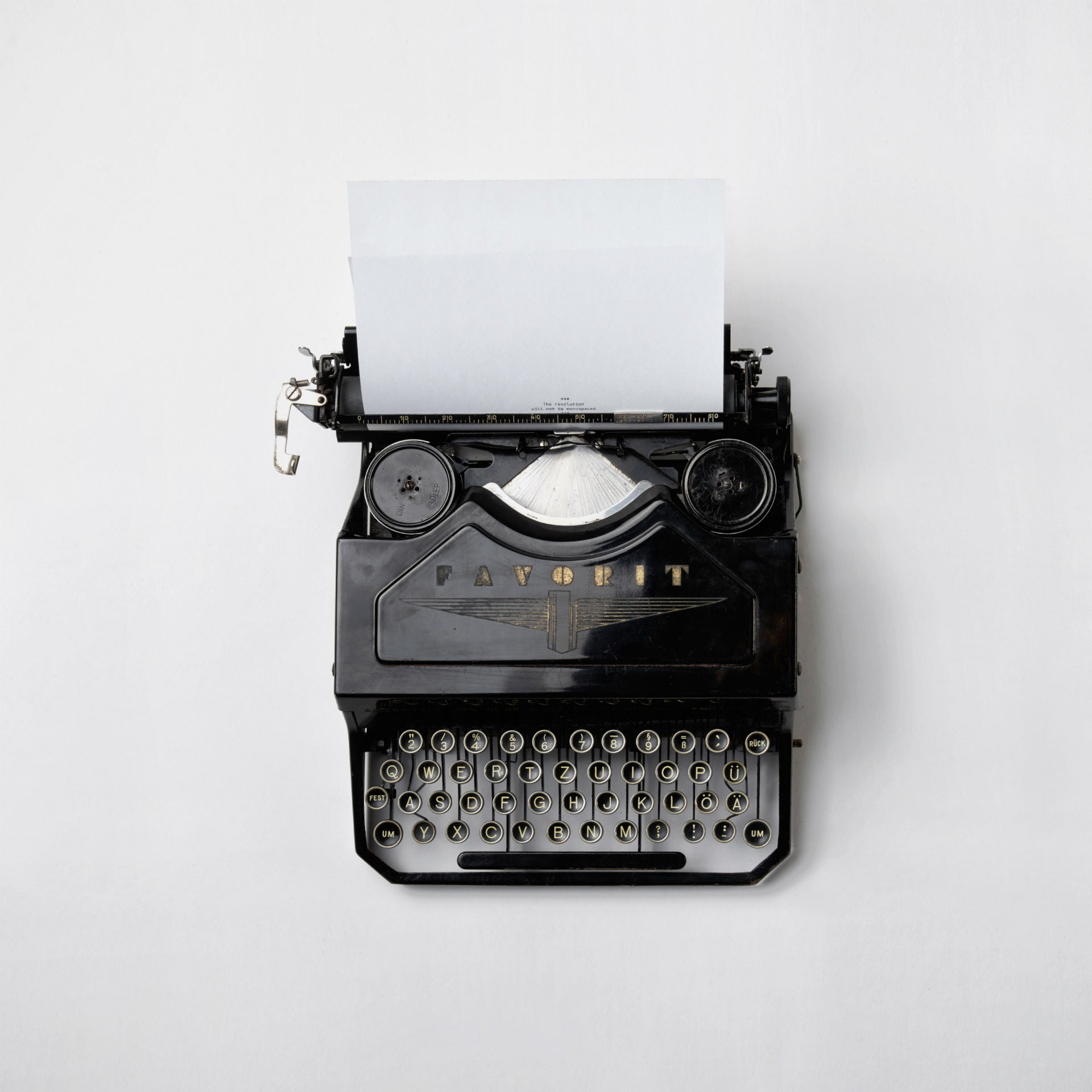 Yesterday I finished reading (actually listening to (stop judging me)) Frank Viola’s book,Pagan Christianity. It has George Barna’s name on it too, but it’s pretty obvious to me that it is mostly Viola’s work. If you’ve never heard of the book, I’ll warn you right now that it is one of the most controversial I have come across in quite a while, and for good reason. The book makes some very bold accusations and statements that need to be inspected and evaluated very carefully.

I will make a few general statements about ideas in the book, but there is something that the book did for me beyond the ideas inside of it. It gave voice to longings and intuitions that I have been experiencing for years in a way that I have never been able to. That is really why I’m writing this. So if you want to skip to that, jump to the “What I liked about the book” section.

NOTE: I don’t want this to be a review of the book so much as a response to it. I’m not going to respond to each point made, but rather talk about how it has impacted my thinking and some of the conclusions I’ve come to about the book itself and about the church.

Without a doubt I have not been so riveted to a Christian non-fiction book for quite a while. Early on I could sense that the book was striking a cord within me and that feeling only strengthened as I continued. At the same time, I saw that the ideas presented in the book could potentially change the way I think about the church, the way I do ministry, even the way I live my life in general. The stakes were high.

To give you a little context, the premise of the book is that much of the way we “do church” today (most of it according to Viola) was not birthed from logical interpretation of the scripture, but was borrowed from pagan religions and culture. Viola mentions nearly everything associate with church today: preaching, a church building, pews, hymns, the choir, the pulpit, the offering, the pastor, dressing up…

There’s probably more that I missed. The point is, Viola feels that we are doing almost everything wrong (in fact I can’t think of one thing he points out that is going well). What’s more, he claims that things have been wrong for at least a thousand years. Much of the book traces practices in the church and attempts to demonstrate how they are not found in scripture but in the pagan religions and secular culture of the ancient world.

To give you one quick example of this, he traces the roots of the modern day sermon (logical, extended treatise that is thought out and then delivered to an audience) back to ancient Greece where philosophers and orators sometimes became traveling speakers to make a living. They made it a point to be very high-minded without saying much that actually made practical sense. Eventually, as Christianity became the state religion and people began joining the church, these men switched over and began speaking about Christian ideas in churches.

Viola has many pages discussing different practices and traditions in the same way. I have read other reviewers (many who are smarter and more educated than I) who call into question the historical statements he makes, but that is mostly irrelevant in my mind.

The other side of the book’s argument is that the practices and traditions of churches are actually preventing the members of the church from growing, serving, and being fulfilled in and focused on Christ. This idea is a much greater issue and this is where I want to park.

Before we get to that, I want to say that after thinking slowly and carefully through the biblical logic set out in the book, I’ve found it somewhat lacking. For example, Viola says that the modern day pastor (a ministry professional with authority in the church who does most of the preaching and is payed by the church) is not only absent from scripture but contradicts biblical principles.

Anyone who has taken a class on Ecclesiology (the study of the church) will be able to recall multiple passages that fly in the face of this statement. 1 Timothy 5:17 speaks directly of financial compensation for elders and 1 Peter 5:4 (as well as many other passages in the pastoral epistles) refers to key elders having authority as “undershepherds” (with Christ as the chief shepherd).

I think the reason that Viola ends up ignoring such clear teaching in scripture is because he has some different views in other key areas of theology. He seems completely opposed to the idea of dispensationalism and the imminent return of Christ (claiming that this view prompts an unbiblical time-crunch in regards to the evangelization of the world).

He also has a very charismatic view of God’s will, God’s Word, and the church.

He implies in one section that logic is a secular construct and we should not force it on God or on God’s Word. He almost laments modern-day schools and seminaries where the scripture is exegeted and studied methodically in a logical way. However, logic is not man-made. In fact, it could be argued that logic is simply an extension of who God is. God is truth. How can there be truth without logic (the basic premise of logic is essentially that if one thing is true, it’s opposite is false)? God is also described in the Bible as a God of order and not chaos. Order implies logical rules and systems. We also see God’s logic in the natural systems he built into nature and the universe. To summarize, the value in this book for me wasn’t the arguments and points that Viola makes.

What I liked about the book

Despite all of that, I’m glad I read it. Very glad.

It helped me rip out old ways of thinking about how church should be done. Doing something for years has a way of limiting your creativity and willingness to consider other ways of doing that thing. That’s how it is with church.

Having someone so vehemently deny the validity of how I’ve always done church prompted me to clear out the assumptions I have been carrying with me and draw completely fresh conclusions. Viola also raises a few great points that do resound with both biblical truth and factual accuracy.

If you were to delete everything that is currently done by most churches (programs and traditions, things like a 1 hour worship service once per week, Sunday School, prayer meeting, singing songs, a 30 minute sermon, youth group, etc.) and then rebuild it to accomplish what the Bible says it should be accomplishing, how different would it look?

But the bigger problem is that many people see elements of tradition as being prescribed in the Bible.

Or at least that getting rid of them would be unbiblical. For example, if someone suggested getting rid of Sunday night service or Prayer Meeting, many would react with something like, “Boy, isn’t that a sign of the times? People today always want to spend less time learning about God!”

If people think that Sunday School is in the Bible and that having a church meeting without preaching is unbiblical, they will never search out or entertain ideas that would help them do those things differently or better.

The larger issue and the thing that most saddens me is not that we are stuck in tradition, but that many of the traditions we have hold us back from accomplishing what the church exists to do.

The church does not exist for preaching. It does not exist for teaching. Those are great things and I believe they should be a PART of what we do at church, but not 70% of it (do the math, it’s about that much). If you take away preaching/teaching and singing from what is commonly done at most churches, what remains? Not much, if anything. Do we really believe that this is how Jesus intended it to be?

Most churches fall far short of their biblical mandate to live life together as a community centered on Christ.

It is rare for a church to be full of people with deep, spiritual relationships with one another. Those who do end up with these kinds of connections are the exception rather than the rule. I think this is not because people don’t want that kind of community, but because our programs and traditions make it difficult (impossible?) to consistently develop this kind of relationship.

Another factor that gets swallowed up by such a teaching-heavy approach to church is the practice of mutual ministry among church members. If only one person is talking over 70% of the time in our church gatherings, how can there be any significant ministry of the people one to another? This is what leads to the “consumer mentality” that so many lament in our churches today. Pastors and church leaders bemoan the lethargy of most church members and then structure nearly every program so that there can be only formal, one-to-many opportunities for ministry.

In a world where 75% of people suffer from a fear of public speaking, it is no wonder we have a generation of bench-warmers.

In some cases people just don’t want to obey God. But I believe the true diagnosis has nothing to do with people not loving God and more to do with simple statistics.

What exactly should we do?

There’s not a simple solution to where we are. For certain our churches need more open, honest discussion about change. When there are people who are defending tradition without a good reason, we need to be willing to challenge them lovingly and biblically. When conflict arises, we need to address it and when selfishness appears, we need to confront it.

But every church will end up taking a different journey. Every community and every congregation will end up somewhere different. I’m good with that, as long as we don’t end up exactly where we were before.